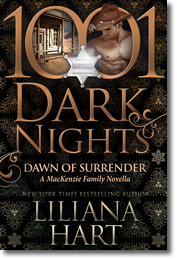 Cole MacKenzie is content to be the sheriff of Surrender, Montana, but he’s needed for a greater purpose. The United States needs a U.S. Marshal with a certain kind of experience to track the leader of the notorious Silver Creek Bandits, as they leave a trail of bodies in their wake with every bank they rob. The leader is smart, cunning, and ruthless. And he’s also his brother.

Elizabeth MacKenzie never dreamed she’d marry Cole MacKenzie, but thanks to her father’s meddling, Cole was hers to have and to hold. Forever. She needed an equal, not a man to rule her life, and Cole fit the bill every in every way. If only he loved her.

One heart is broken and the other is bent on revenge, but love is a choice, and it’s one Cole and Elizabeth are determined to make.

I cannot even begin to explain how much I loved this story. How did you decide to go back to the very beginning of the MacKenzie’s for this novella?

I’m so glad you loved it! I had such a great time writing it and exploring a time period that’s new to me.

This story actually popped into my head when I wrote the very first MacKenzie story, DANE. And in DANE: A CHRISTMAS WISH, Dane tells the story of Cole and Riley, as it was passed down from his father and grandfather. In fact, Cole MacKenzie’s US Marshal badge and rifle are hanging in the living room of the MacKenzie house to this day.

The thing with stories that are passed down is that you lose that connection of the people who were actually there to see what happened. So it was fun to go back and tell parts of the story that Dane and the others knew from what they were told, and also interject other things that never got passed down.

Was it difficult to write a book set so far in the past?

It was at first because I love research and history, so I tend to get bogged down in the details of every story I write while the actual story is formulating in my head. But at the core, it’s still a love story between two people and that’s timeless.

Who would you dream cast for Elizabeth and Cole?

Cole is a good decade older than Elizabeth, so I’d have to say Scott Eastwood would be perfect to play Cole MacKenzie. As far as Elizabeth, I love her so much. She’s such a badass, scoffing at traditional roles of how a woman should be during that era. She’s tough, she owns her own property, she shoots, and she wears pants. So I can easily see Kate Beckinsale in that role.

A penguin walks through the door right now wearing a sombrero. What does he say and why is he here?

“My name is Inigo Montoya. You killed my father. Prepare to die.”

Oddly enough, this would not be an uncommon occurrence in our house. We have 5 kids under roof and one of them has a penguin costume that gets worn way too often.

Can you give us an idea of what you’ll be working on next?

It’s been a while since I’ve had a JJ Graves release, and I get emails from readers every day asking for the next one. So that’s what I’m doing! DIRTY LAUNDRY comes out February 27, 2018. It’s up for preorder everywhere. 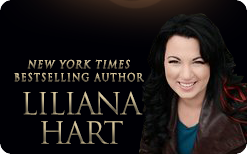