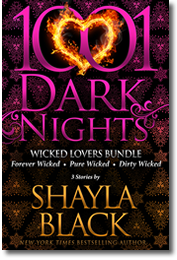 They had nothing in common but a desperate passion…

Billionaire Jason Denning lived life fast and hard in a world where anything could be bought and sold, even affection. But all that changed when he met “Greta,” a beautiful stranger ready to explore her hidden desires. From a blue collar family, Gia Angelotti wore a badge, fought for right—and opened herself utterly to love him. Blindsided and falling hard, Jason does the first impulsive thing of his life and hustles her to the altar.

Until a second chance proved that forever could be theirs.

Then tragedy ripped Jason’s new bride from his arms and out of his life. When he finds Gia again, he gives her a choice: spend the three weeks before their first anniversary with him or forfeit the money she receives from their marriage. Reluctantly, she agrees to once again put herself at his mercy and return to his bed. But having her right where he wants her is dangerous for Jason’s peace of mind. No matter how hard he tries, he finds himself falling for her again. Will he learn to trust that their love is real before Gia leaves again for good?

During his decade as an international pop star, Jesse McCall has lived every day in the fast lane. A committed hedonist reveling in amazing highs, globetrotting, and nameless encounters, he refuses to think about his loneliness or empty future. Then tragedy strikes.

Shocked and grieving, he sheds his identity and walks away, searching for peace. Instead, he finds Bristol Reese, a no-nonsense beauty scraping to keep her business afloat while struggling with her own demons. He’s intent on seducing her, but other than a pleasure-filled night, she’s not interested in a player, especially after her boyfriend recently proposed to her sister. In order to claim Bristol, Jesse has to prove he’s not the kind of man he’s always been. But when she learns his identity and his past comes back to haunt him, how will he convince her that he’s a changed man who wants nothing more than to make her his forever?

After being framed for a crime he didn’t commit, former private eye Nick Navarro has nothing but revenge on his mind—until a woman from his past returns to beg for his help.

Beautiful widow Sasha Porter has been hunted by his enemies. Desperate, she offers him anything to keep her young daughter safe, even agreeing to become his mistress. The last thing either of them want are emotional entanglements but as they entrap the ruthless politician who arranged Nick’s downfall and passion sizzles between them, danger closes in.

Will he choose love over vengeance before it’s too late?