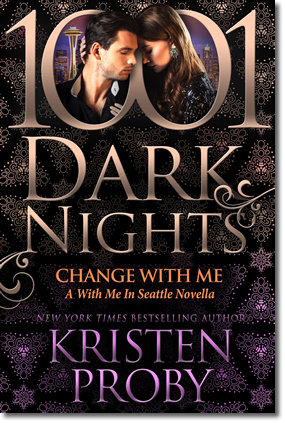 From New York Times Bestselling author Kristen Proby comes an all new novella set in her beloved With Me In Seattle series!

Zane Cooper. Hollywood royalty. Fourth generation superstar. He knows what it is to be one of the biggest celebrities in the world. And how lonely that title truly is. When scandal hits, his career hangs in the balance, and Zane flees LA for Seattle, laying low with his newly married best friend. Things will eventually blow over, and he’ll have his life back soon enough.

Aubrey Stansfield arrives in Seattle excited to start a new job, and eager to settle into her new home. But when she arrives at her rental, Aubrey’s sure she’s imagining things because the uber sexy Zane Cooper is unpacking in her new bedroom. Thanks to a rental snafu, and unwilling to relocate on such short notice, Aubrey and Zane are thrust into being roommates.

Aubrey is about as average as a woman gets, so what could the megastar possibly see in her? She tells herself she’s not interested, despite their undeniable chemistry. But Zane is very persuasive, and soon Aubrey finds herself playing house with the most recognized man on the planet.  Deep down, she knows it’s all a fantasy. He’ll head back to his posh lifestyle soon and leave her behind. No way could she fall in love with him.

An Exclusive Interview With Kristen Proby:

I lalaloved Zane and Aubrey so much! How did you end up choosing them for this novella?

I’m so glad you loved it! When I wrote Shine With Me, and we met Zane in that book, I knew he had to have his own story! And that his love interest would be someone completely unexpected. That’s when I met Aubrey!

I adore all of your series and you have such beautiful covers for all of them. Is there one series that was more difficult to get just right over any of the others?

I’m a complete cover whore! LOL I think the one that’s been the most difficult, and has had the most cover changes, is my Big Sky series.

You also have another really cool side to your writing called Lady Boss Press. Can you tell us a little bit about what it is?

Sure! LBP is a small publishing company. We work with authors to publish original works for them, and to hopefully get their amazing work seen by new readers.

If magic was real, what spell would you want to learn first?

Can you give us a sneak peek at your current work-in-progress?

Of course! I’m working on a new book, the first in a new series, that is actually a spin-off of my With Me In Seattle series, called Single in Seattle. The Secret is book one, and features Olivia Williams, the daughter of Luke and Natalie Williams, from Come Away With Me! We’re taking it back to the OG, and I’m so excited! 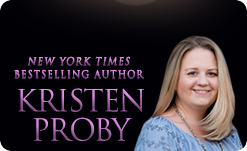 New York Times and USA Today Bestselling author Kristen Proby is the author of the bestselling With Me In Seattle and Love Under the Big Sky series. She has a passion for a good love story and strong, humorous characters with a strong sense of loyalty and family. Her men are the alpha type; fiercely protective and a bit bossy, and her ladies are fun, strong, and not afraid to stand up for themselves

Kristen lives in Montana, where she enjoys coffee, chocolate and sunshine. And naps.