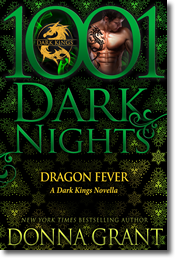 A yearning that won’t be denied

Rachel Marek is a journalist with a plan. She intends to expose the truth about dragons to the world – and her target is within sight. Nothing matters but getting the truth, especially not the ruggedly handsome, roguishly thrilling Highlander who oozes danger and charm. And when she finds the truth that shatters her faith, she’ll have to trust her heart to the very man who can crush it…

A legend in the flesh

Suave, dashing Asher is more than just a man. He’s a Dragon King – a being who has roamed this planet since the beginning of time. With everything on the line, Asher must choose to trust an enemy in the form of an all too alluring woman whose tenacity and passion captivate him. Together, Asher and Rachel must fight for their lives – and their love – before an old enemy destroys them both…

I loved loved loved Dragon Fever and Rachel and Asher. How did you choose them for this novella?

Yay! So happy to hear that. Asher was the one who kept nudging me to get his story, so I knew he would be in DRAGON FEVER. When it came time to his heroine, I knew immediately that it would be Rachel because no one else could fit him so well.

I think it’s so cool how each dragon shows up as a different tattoo on the character. How do you decide the placement and look of each one?

Most of the time I have to think about how they will look on the covers. Other times, I have to make sure they’re different than any of the previous Kings. Its getting harder and harder though. J

Speaking of the dragon tattoos, have any fans gotten one modeled after one of the characters?

I’ve had some fans get the dragon symbol for the series. I’ve even had some get the dragon eye tat that the mates get on their left arm. It’s also so cool to see those tats!

You always do such an amazing job at getting my to hear your heroes speak with a brogue in my head while I read. Is it ever difficult to write?

Lol. Actually no. I find that when I’m writing my military romance series set in Texas that I have to go back and take out all the “brogue” that I’ve accidentally added in because I’ve been doing it for so long.

My planner, which keeps me on schedule for all three of my series. My computer, printer, a stack of first edition books that I’ve begun collecting, and cover flats for THE PROTECTOR that just came in.

I just started BLAZE, which is book 12 in the Dark King series set to release in June 2017. DRAGON FEVER, FIRESTORM (book 10), and BLAZE all take place at the same time within the series.

Ok, so for 2016 I am going to be playing Mad Libs with the 1,001 Dark Nights authors for a bit of fun! Here the list of words I need you’re your Mad Libs titled “Magic, Anyone?”:

Dragons of all ages enjoy watching large magicians perform their gold tricks. Every man, woman, and sword loves to see a magician pull a whisky glass out of a hat, saw a live Dreagan in half, or make a huge home disappear into fiery air. Audience loves when magicians perform sleight of back with a deck of cons, a cool coin, or a silk temper. The greatest of all magicians was the gorgeous Harry Houdini, who was able to escape from a locked tail even though his hands were tied behind his finger and his feet were wrapped in iron heads! 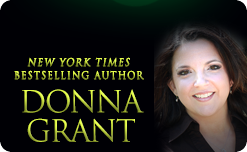