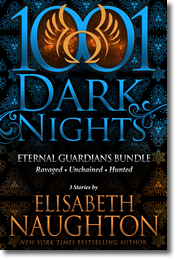 RAVAGED
Ari – Once an Eternal Guardian, now he’s nothing but a rogue mercenary with one singular focus: revenge.

His guardian brothers all think he’s dead, but Ari is very much alive in the human realm, chipping away at Zeus’s Sirens every chance he can, reveling in his brutality and anonymity. Until, that is, he abducts the wrong female and his identity is finally exposed. It will take more than the Eternal Guardians, more even than the gods to rein Ari in after everything he’s done. It may just take the courage of one woman willing to stand up to a warrior who’s become a savage.

UNCHAINED
Prometheus – One of the keenest Titans to ever walk the earth. Until, that is, his weakness for the human race resulted in his imprisonment.

For thousands of years, Prometheus’s only certainty was his daily torture at Zeus’s hand. Now, unchained by the Eternal Guardians, he spends his days in solitude, trying to forget the past. He’s vowed no allegiance in the war between mortal and immortal, but when a beautiful maiden seeks him out and begs for his help, he’s once again powerless to say no. Soon, Prometheus is drawn into the very conflict he swore to avoid, and, to save the maiden’s life, he must choose sides. But she has a secret of her own, and if Prometheus doesn’t discover what she’s hiding in time, the world won’t simply find itself embroiled in a battle between good and evil, it will fall in total domination to Prometheus’s greatest enemy.

HUNTED
Erebus – Dark in every sense of the word, a skilled and lethal warrior, and sinfully sexy by design.

Since the dawn of modern man, Erebus was Hades’ secret weapon in the war between the immortal realms. Until Hades lost the minor god in a bet to his older brother Zeus. For the last hundred years, Erebus has trained Zeus’s Siren warriors in warfare and the sexual arts. But he’s never stopped longing for freedom. For a life filled with choice. And lately, he also longs for one Siren who entranced him during their steamy seduction sessions. A nymph he quickly became obsessed with and who was ripped from his grasp when her seduction training was complete. One he’s just learned Zeus has marked for death because she failed the last Siren test.

Before Erebus can intercede on the nymph’s behalf, she escapes Olympus and flees into the human realm. In a fit of rage, Zeus commands Erebus to hunt her down and kill her. Erebus sees his opportunity to finally go after what he wants, but he’s torn. Freedom means nothing if the Siren at the center of his fantasies doesn’t truly crave him back. Because defying the gods will unleash the fury of Olympus, and if he chooses her over his duty, whether she joins him in exile or not, the hunter will become the hunted. 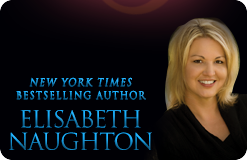