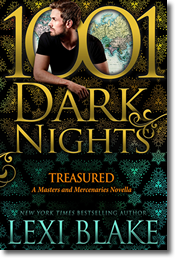 David Hawthorne has a great life. His job as a professor at a prestigious Dallas college is everything he hoped for. Now that his brother is back from the Navy, life seems to be settling down. All he needs to do is finish the book he’s working on and his tenure will be assured. When he gets invited to interview a reclusive expert, he knows he’s gotten lucky. But being the stepson of Sean Taggart comes with its drawbacks, including an overprotective mom who sends a security detail to keep him safe. He doesn’t need a bodyguard, but when Tessa Santiago shows up on his doorstep, the idea of her giving him close cover doesn’t seem so bad.

Tessa has always excelled at most anything she tried, except romance. The whole relationship thing just didn’t work out for her. She’s not looking for love, and she’s certainly not looking for it with an academic who happens to be connected to her boss’s family. The last thing she wants is to escort an overly pampered pretentious man-child around South America to ensure he doesn’t get into trouble. Still, there’s something about David that calls to her. In addition to watching his back, she will have to avoid falling into the trap of soulful eyes and a deep voice that gets her heart racing.

But when the seemingly simple mission turns into a treacherous race for a hidden artifact, David and Tess know this assignment could cost them far more than their jobs. If they can overcome the odds, the lost treasure might not be their most valuable reward.

Oh how I loooved Tessa and David’s story! It was like a super smexy version of Indiana Jones in a little way *all the heart eyes*. How did you decide to choose them for this novella?

I had always known David would end up in academia. He showed up in the very first Masters and Mercenaries novel all those years ago. In The Dom Who Loved Me, David was a college kid, Grace’s son. I’ve always wanted to circle back to David and his brother, Kyle, to explore what it’s like to have a Taggart as a stepdad. Tessa also has ties to the McKay-Taggart world. This is my first novella since the major time jump that happened in the middle of No Love Lost, so a lot happened in those seven years, including Tessa’s joining the team and one failed engagement. She’s not looking for love, especially with a stuffy professor. Of course, he turns out to not be so stuffy…

What part of their story was the most fun to write?

I love their banter and the fact that we’re turning the whole typical strong man protects intellectual woman in danger thing on its head. Tessa’s the brawn in this story. David’s the brains. He’s the one who’s out of his element. But don’t think he can’t take charge when he needs to.

What are two of your favorite tropes to write and why?

I obviously love a secret baby book. I suppose you could also call it surprise pregnancy. I’ve done that a couple of times. And I adore a second chance romance.

What behind-the-scenes tidbit in your life would probably surprise your readers the most?

I’m pretty boring. I don’t think I do much that’s surprising. I like to keep the drama on the page and out of real life.

Can you give us a few sentences from what you’re currently working on?

Sure. I’m working on the next full-length Masters and Mercenaries book. It’s The Dom Identity.

He gave her a smile that nearly knocked her over and then that big hand of his was enveloping hers, sending a shock of warmth through her system. “Hello, Vanessa. I’m Michael Malone.”

She nodded and tried not to get caught in those eyes. “Master Michael.”

He hadn’t let go of her hand and she didn’t want him to. She wanted to stand her touching the pretty man.

She wanted to be the Vanessa Jones she could have been if she’d never left Dallas.

“Let’s go with Michael or Sir for now.” His voice was deep and rich. He stared down at her like he was studying her. “You know we’re being watched, right?”

She glanced to the mirror. “Finn told me it’s a two way. He said they use to observe and make sure the chemistry is right.”

He leaned in and his voice went low. “They use it because they’re perverts who like to watch.” 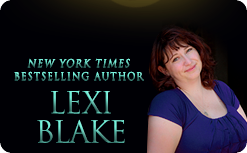