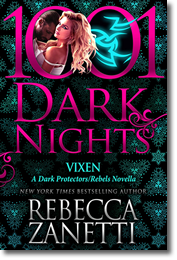 Tabi Rusko has a simple to-do list: Rob a bank, steal a recording, set up a lucrative factory, and survive the assassins on her tail. Sure, she’s a demoness with the cunning and instincts that come with her species, but she’s always spent more time exploring than training, and her fighting skills are okay at best. One sexy man, a human cop no less, is responsible for her being stuck in a small hick town and forced into a human anger-management group that’s crazier than her. To make matters worse, his dangerous blue eyes and hard body leave her breathless and ready to rumble, and his overbearing attitude is a challenge a demoness can’t refuse.

Evan O’Connell just wants to enjoy his time out of the military by policing a small town and hopefully pulling cats from trees and helping old ladies cross the street before he succumbs to the disease plaguing him. The last thing he needs is a stunning, too sexy, pain in the butt blonde casing his bank and causing a ruckus everywhere she goes. There’s something different about her that he can’t figure out, and when she offers him immortality in exchange for her freedom, he discovers that isn’t enough. One touch of her, a whirlwind beyond his imagination, and he wants the Vixen to be his forever, as soon as he takes care of the centuries old killers on her tail.

Oh, how I LOVED Tabi and Evan! How did you choose them for this novella?

Thank you! Well, they both showed up in VENGEANCE, the first Dark Protector/Rebels novella, and from that point, they just seemed to have a tension between them that kept getting thicker and thicker.

I also loved that SHE was the one responsible for the mating, where normally it’s the male. What made you decide to flip the roles?

I didn’t really decide to flip roles until both Tabi and Evan were on the same page together, and the idea just came to life. He’s such a great guy with an edge that she just didn’t see, and it was a lot of fun when she realized he was more than she’d expected or maybe wanted. LOL!

If you could give them a theme song, what would it be?

You know, I listened to the same playlist for VIXEN as I did for VENGEANCE, and Someday by One Less Reason played at the top a lot.

I adore the humor you have mixed in with your books, especially with the paranormal characters. Is it ever difficult to give a kick butt kind of dude a funny side?

No, I think most kick butt dudes have a funny side, even if they don’t realize it. In fact, maybe that’s why it’s funny – they usually have no clue.

A coffee cup, a tumbler of water, my phone, an angel crystal, a fan, and new pink Sharpie markers because my Kristen Ashley pink marker just ran out of ink after several years. It was my favorite marker of all time, and it lasted so long!

I’m working on the marketing for Disorderly Conduct, which is the first book in a new funny, suspenseful, and romantic series called the Anna Albertini Files.