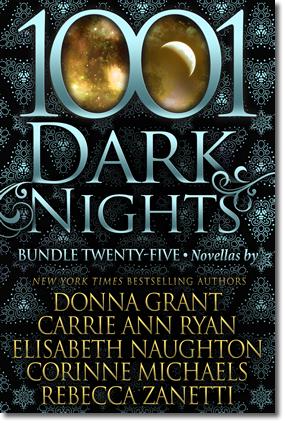 Born to rule the skies as a Dragon King with power and magic, Cináed hides his true identity in the mountains of Scotland with the rest of his brethren. But there is no respite for them as they protect the planet and the human occupants from threats. However, a new, more dangerous enemy has targeted the Kings. One that will stop at nothing until dragons are gone forever. But Cináed discovers Gemma, a woman from a powerful, ancient Druid bloodline, who might have a connection to this new foe.

Back in Denver, Abby lost everything she ever loved, except for her daughter, the one memory she has left of the man she loved and lost. Now, she’s moved next to the Montgomerys in Colorado Springs, leaving her past behind to start her new life.
Ryan is the newest tattoo artist at Montgomery Ink Too and knows the others are curious about his secrets. But he’s not ready to tell them. That is…until he meets Abby.

Abby and Ryan thought they had their own paths, ones that had nothing to do with one another. Then…they took a chance.

For thousands of years, Ryder has reveled in his role as an immortal messenger—a dream weaver sent to seduce and manipulate. Until he’s ordered to deceive a fantasy of his own.

Zakara, the daughter of one of the mightiest Eternal Guardians, is his perfect woman. But she’s impervious to Ryder’s advances. Each attempt to sway her to his will pushes him deeper into a dreamscape she seems to be controlling. To survive, Ryder will need to find a way to master his sexy new prey.

I was poised to become partner at my law firm even before I became secretly engaged to my boss. After being humiliated by him on my wedding day, I can’t face working for him any longer. So I quit, waving my middle finger on my way out.

Now the only things I’m poised for are unemployment and loneliness.

When an opportunity with Cole Security arises, it seems like the perfect way to run, all the way to Virginia Beach. I wasn’t expecting my childhood sweetheart, Benjamin Pryce, to be there.

Vengeance and revenge are the only forces driving vampire soldier Noah Siosal since losing his brother to an enemy he’s been unable to find. He’s searched every corner of the globe, going through adversaries and piling up bodies until finally getting a lead. The last place he wants to be is in a ridiculous anger management group with people expressing feelings instead of taking action. Until one fragile human, Abby Miller, a green-eyed sweetheart being stalked by danger, catches his eye. One touch, and he realizes vengeance can’t be anywhere near her.