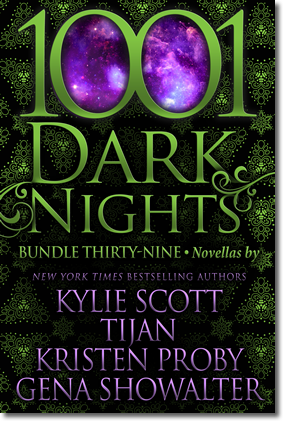 The Rhythm Method by Kylie Scott
It all started in Vegas…
After a wild and tumultuous beginning to their relationship, Evelyn Thomas and her rock star husband David Ferris have been happily married for years. Nothing needs to change, their life together is perfect. Which means that change in the shape of an unexpected pregnancy is bound to shake things up some. But could it be for the better?

Jonah Bennett by Tijan
Jonah Bennett wasn’t like his family. The mafia business was firmly what his brothers did, not him. That changed the day a rival family killed his fiancée.

Change With Me by Kristen Proby
Zane Cooper knows what it is to be one of the biggest celebrities in the world. And how lonely that title truly is. When scandal hits, his career hangs in the balance, and Zane flees LA for Seattle, laying low with his newly married best friend.
Aubrey Stansfield arrives in Seattle excited to start a new job, and eager to settle into her new home. But when she arrives at her rental, Aubrey’s sure she’s imagining things because the uber sexy Zane Cooper is unpacking in her new bedroom. Thanks to a rental snafu, and unwilling to relocate on such short notice, Aubrey and Zane are thrust into being roommates.

The Darkest Destiny by Gena Showalter
Forsaken. Deathless. A monster in every way. Mostly, Brochan is determined. He craves what fate promised him—the woman who will help him conquer a heavenly kingdom. He will stop at nothing to win her.
Viola, Keeper of the demon of Narcissism, lives for a single purpose—treating herself and her pet to the best life possible. But a crazed warrior is now appearing everywhere she ventures, ruining her fun…tempting her beyond reason and keeping her at a razor-edge of desire.