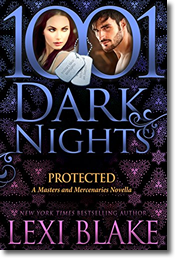 A second chance at first love

Years before Wade Rycroft fell in love with Geneva Harris, the smartest girl in his class. The rodeo star and the shy academic made for an odd pair but their chemistry was undeniable. They made plans to get married after high school but when Genny left him standing in the rain, he joined the Army and vowed to leave that life behind. Genny married the town’s golden boy, and Wade knew that he couldn’t go home again.

Could become the promise of a lifetime

Fifteen years later, Wade returns to Broken Bend, Texas for his brother’s wedding and walks into a storm of scandal. Genny’s marriage has dissolved and the town has turned against her. But when someone tries to kill his old love, Wade can’t refuse to help her. In his years after the Army, he’s found his place in the world. His job at McKay-Taggart keeps him happy and busy but something is missing. When he takes the job watching over Genny, he realizes what it is.

As danger presses in, Wade must decide if he can forgive past sins or let the woman of his dreams walk into a nightmare….

I looooooved Wade and Genny! How did you choose them for this novella?

I’ve known Wade would need a story since he first showed up. When the Crossover Collection happened I knew it was time. Wade’s been a bodyguard on the team for a while and it only made sense to have him fall, too. Genny came about in the way a lot of my characters do. I was listening to a song and she kind of showed up, demanding her due from the big bodyguard.

This is the end of the bodyguard series (aka The Lexi Blake Crossover Collection) and I have to ask, what was one of your favorite parts about writing in a project like that?

Getting to work with all the other authors. This has been a project unlike anything I’ve ever done before. Several of the bodyguards from the other book show up in this one and it feels like the culmination of the project. The collective creativity was inspiring.

I’m a sucker for a second chance romance. What is your favorite trope to write?

I love second chance romance. The characters are usually older and have gone through the storm. It’s great to be able to give them another chance. I think second chance romance is something we can all relate to in some ways. We all think about the one who got away. Well, unless we got him back….

If you could go shopping with one of the characters you’ve written, who would it be?

I think Charlotte would be a blast to shop with, but I would go shopping with Devinshea Quinn from the Thieves series because he would buy me all the things!

If you could have one song play every time you walk into a room, what would it be?

I would have to go with Sweet Child ‘o Mine. It’s important to the Masters and Mercenaries series and has kind of become my theme song.

Can you give us a hint as to what you’re writing now?

I’m working on two projects right now. At the Pleasure of the President is the final book in the Prefect Gentlemen series I write with Shayla Black. I’m also working on Outcast which is the next Thieves book.