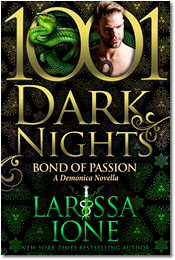 He was an assassin. She was his lover.
And his victim.
Now, years later, she’s back from the dead and looking for vengeance.

Thanks to an unexpected and fortuitous disaster, Tavin’s contract with the underworld’s Assassin Guild was broken decades early. But instead of freedom, he’s suffocated by guilt and regret. In many ways, he’s more trapped than he was before. In an attempt to numb his pain, he works at Underworld General Hospital, saving people instead of killing them. But nothing can diminish the memory of assassinating the female he loved…not even the knowledge that he’d done it to spare her an even worse fate.

Deja remembers all of her dozens of former lives, and she knows that she only found love in one of them…until her lover murdered her. As a soul locked inside the nightmarish boundaries of demon hell, she stewed in hatred until a single, fateful event gave her one more shot at life.
And at revenge.

Now another specter from the past is threatening them both. Can two damaged people overcome their history to save not only themselves, but a second chance at love?

An Exclusive Interview with Larissa Ione

Well, one particular character, a sex demon assassin named Tavin, has appeared in several of my novels…and he was always getting screwed over. Hard. Readers have been asking when he’d get his own book, and I felt like now was the time to give him a Happily Ever After. That said, his story isn’t an easy one, and he gets screwed over yet again. And again. Poor guy had to work for his happy ending! *insert evil laugh*

There were actually a lot of difficult scenes to write in this book. It’s a very dark story, maybe the darkest I’ve written, and given that most of my novels are pretty damned grim, that’s saying something. So it’s hard to pick a specific scene that was tough to write, but the torture scenes kind of stand out. There were times I really felt for Tavin, who truly pays for his past deeds.

Snails. They were part of an extravagant lunch at an exclusive restaurant hosted by one of my publishers when I was on a book tour. The meal was fabulous, and honestly, the snails didn’t taste bad. They were buttery and garlicky and would have been delicious if they’d been, say, mushrooms. But they were snails. I managed to get one down without insulting our publisher hosts, but then I casually slid my plate to my husband and he ate the rest for me. 🙂

Both Bond of Passion and last year’s 1001 Dark Nights book (Bond of Destiny), begin with the word “Bond,” because the heroes of both books were bonded against their wills to other people and situations. The “Passion” part of this title comes from the hero’s species – he’s a sex demon, so very much full of passion, especially for the heroine, who he loved deeply…even as he was forced to kill her many years ago. 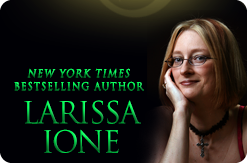