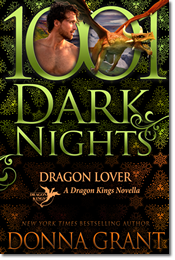 Can she learn to love the man—as well as the dragon within?

Sensual. Clever. Daring. There’s only one thing Kendrick yearns for—peace that has eluded the Dragon Kings. Zora may have been made in the image of Earth, but it’s a far cry from home. For too long the Kings have been on the defensive, betrayed time and again. When Kendrick has an opportunity to stop a foe, he takes it. Except he isn’t the only one tracking it. Soon, he finds himself face-to-face with an exquisite swordswoman who holds him enthralled…and sparks passion within his cold heart.

As an Asavori Ranger, Esha has dedicated her life to protecting her people. She trains relentlessly to become one of their best warriors, forsaking everything else. When a treacherous new enemy invades their lands, she vows to destroy it. Esha’s rash decision has her crossing paths with that of a mysterious, handsome outsider. He’s trouble the Rangers don’t need, but she can’t walk away. He awakens desires long buried and dreams neglected. The temptation of their forbidden union is more than she can resist. She’s soon walking a treacherous path—one that could be the downfall for them both.

An Exclusive Interview with Donna Grant

Helen Mirren. One, because I love her. Two, because she’s glamorous but also kicks butt.

Always listen and learn from others but know when to take what works for you and discard the rest.

The battle with the vaperwraith.