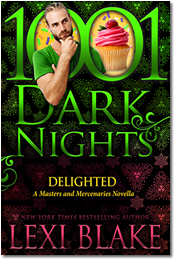 Brian “Boomer” Ward believes in sheltering strays. After all, the men and women of McKay-Taggart made him family when he had none. So when the kid next door needs help one night, he thinks nothing of protecting her until her mom gets home. But when he meets Daphne Carlton, the thoughts hit him hard. She’s stunning and hardworking and obviously in need of someone to put her first. It doesn’t hurt that she’s as sweet as the cupcakes she bakes.

Daphne Carlton’s life revolves around two things—her kid and her business. Daphne’s Delights is her dream—to take the recipes of her childhood and share them with the world. Her daughter, Lou, is the best kid she could have hoped for. Lou’s got a genius-level intelligence and a heart of gold. But she also has two grandparents who control her access to private school and the fortune her father left behind. They’re impossible to please, and Daphne worries that one wrong move on her part could cost her daughter the life she deserves.

As Daphne and Boomer find themselves getting closer, outside forces put pressure on the new couple. But if they make it through the storm, love will just be the icing on the cake because family is the real prize.

An Exclusive Interview with Lexi Blake

According to readers Boomer’s story has been a long time coming. He first showed up way back in 2014 in A View to a Thrill. He’s been a side character in many a book since then. I never meant to write a book for Boomer. He was a comedic character who I just didn’t see as serious, but then one day he just required an HEA and Daphne showed up. The whole plot of this book came to me while I was driving around and listening to old music from my youth. XTC’s “Mayor of Simpleton” came on and the whole thing came together.

Not really. I used to but I’m at 100 books and wine is not a treat anymore. It’s a necessity. So mostly I pat myself on the back and get ready to write the next one.

I would like dual narration. Ryan West would do the narrative passages and Kitty Bang would be my voice and inner dialogue. They’re the long-time narrators on my books and I often hear their voices now when I write.

Take your time. Learn the craft first. It’s funny because in the beginning I would have pushed the business part, but now I worry a lot of new writers are so worried about the business part – we love to talk business – that the actual craft can get lost. It’s super easy to publish a book. I wrote nine books before I ever published a single one, and three of those will never see the light of day. It’s okay to have those practice books.

Okay, this is going to sound a little crazy but a slightly blonder Gabe Kapler from when he played outfield for the Rangers in the early 2000s. Though he’s still super hot now. He was a very sweet and kind man – I had seats in the bleachers and he was amazing. He’s a perfect Boomer.

Rose Byrne would be a great Daphne. She’s funny and relatable but can also come off as very practical.

Drink a couple of martinis. Don’t know if it works, but you won’t care.

Unicorn. Imagine what the Kentucky Derby would look like. SO MANY SPARKLES.

The break-up scene because neither of these people actually want to break up. They’re put in a super-bad circumstance, and Daphne doesn’t know how to truly express what she needs from him. She tells him one thing and he absolutely hears another.

There’s a great scene where they catch the teens and tweens doing something they shouldn’t. How Big Tag and Boomer handle it would be hilarious to see on screen.

Liver and onions. I was a kid. My grandma made it. It might have been more fear than politeness.

Liz Berry told me this was the title. 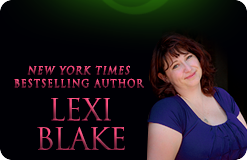