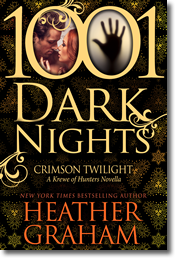 It’s a happy time for Sloan Trent and Jane Everett. What could be happier than the event of their wedding?

Their Krewe friends will all be there and the event will take place in a medieval castle transported brick by brick to the New England coast. Everyone is festive and thrilled . . . until the priest turns up dead just hours before the nuptials.

Jane and Sloan must find the truth behind the man and the murder—the secrets of the living and the dead—before they find themselves bound for eternity—not in wedded bliss but in the darkness of an historical wrong and their own brutal deaths.

What has been your most satisfying book to finish, whether it was because you completely adored it or because it was frustrating and you were happy to finally type “The End”?

LOL. I’m never sure how I feel—insecure still, I think. But on every book, yes—the end is satisfying. Except that after “the end,” I sometimes go back because I think about it and worry that every thread wasn’t tied.

When you’re writing a series, do you already know how many books you’d like it to be before you begin or do you write and see where the series leads you?

I’ve done series that were planned as trilogies—but I don’t like to put “this is it” on anything—you never know what you’ll feel you should be doing in the future.

I truly admire your work with the USO and our wounded heroes. Can you give us one of your favorite recent moments while working with the organizations?

I had two exceptional moments. When I was in Kuwait with my incredible group of authors—Kathleen Antrim, F. Paul Wilson, Harlan Cobin, and Phillip Margulies—a serviceman came up to me and asked me to come with him. His girlfriend was on the phone and she loved my books. I thought it was so wonderful and touching that he’d be about to go “down range” into the war zones and he was thrilled to do something for her. (And she was lovely!) Another moment came when were at the hospital at Ramstadt. A soldier there was waiting for us with his notepad and pen—he plans on writing, fantasy, and he showed us his intended world and listened to every word we had to say. It was truly wonderful to feel that we could really help someone. Also, at the gala, we were privileged to walk the awards on stage—and I brought out the award for the Navy. My dad was Navy, and it just made it all the more special to me. All of our men and women in the service are incredible—hearing of the valor of the men and women honored was a time that made me both tremble—and find faith that yes, humanity can outweigh the bad in the world.

What horror/thriller movies from when you were younger made the biggest impact on your writing style?

What would be the ultimate place for you to be able to go ghost hunting?

I’m lucky; I’ve gotten to go many places already. Ah! Castle Leslie in Ireland—it’s a B&B and supposedly the most haunted castle in the area.

What made you choose Sloan and Jane for your 1,001 Dark Nights novella?

When I spoke with Liz and M.J., their names just popped into my head!

The secondary love story between Elizabeth and John was incredibly sweet and touching. Do you believe love can transcend into the afterlife as it did for them?

I wish I knew more about the afterlife, lol! I know that when we lose people we love in this life, love never dies. Who knows? I am curious. My dad died when I was just twenty and my mom went years and years—and remarried at seventy! She and Bill had ten great years and we all adored him, too. But, my mom was buried next to my Dad and Bill was a widower when he married my mom. So, hm, what’s going on in the afterlife? None of us knows—I just love to consider possibilities!

It seems difficult to be able to put suspense into a novella, but you did it beautifully in Crimson Twilight. Do you find it’s more difficult to write longer or shorter stories?

For me, probably because I’ve been writing for a living a very long time, one isn’t more difficult than the other. I love short stories, novellas, and novels. It’s just thinking ahead of the game, knowing how much time you have in which to tell the story.

Who was the most fun character to write in Crimson Twilight?

There were so many great ones….Emil, Scully and the chef are three of my personal favorites! Thank you! I’m not sure—I don’t really have a favorite. Scully was fun, I think. And, I sure wish I had chef in my house!

Finally, because I can’t resist asking….did Sloan and Jane make it to their Caribbean destination?