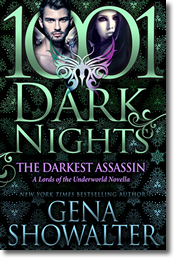 Fox is a demon-possessed immortal with many talents.
Ability to open portals—check
Power to kill the most dangerous Sent Ones—check
Scare away any man who might want to date her—mate
Now, the keeper of Distrust has been marked for death, a winged assassin with rainbow-colored eyes tracking her every move, determined to avenge the males she accidentally decimated. If only she could control the desire to rip off his clothes…

Bjorn is a fierce warrior with many complications.
Tragic, torture-filled past—check
A wife he was forced to wed, who is draining his life force—check
Ever-intensifying desire for the enigmatic Fox—mate
Never has he hesitated to exterminate an evil being. Until now. The sharp-tongued female with a shockingly vulnerable heart tempts him in ways no one else ever has, threatening his iron control.

But, as Fate itself seems to conspire against the unlikely pair, both old and new enemies emerge. And Fox and Bjorn must fight to survive.

And learn to love…

I loved loved LOVED Fox and Bjorn *swoon*. How did you choose them for this novella?

When I wrote The Darkest Captive, Fox played a supporting role as the hero’s sidekick. I fell in total love with her character—a badass assassin who can turn off her emotions to get a job done. I also wondered what kind of man could melt her icy heart. Enter Bjorn, a ruthless winged warrior who…has an icy heart, too. Wait. Head scratch! How could one block of ice melt another? But oh, man. The second I put them together, they burned for each other.

Ok, your fight scenes are always intense and bad ass. Do you ever have to physically walk through some of the moves while you’re writing to see if they could actually work the way you envision them?

Yes! I once asked my husband to stand still as I pretended to punch and kick him from various angles. I chuckle every time I remember his oh, so patient expression as I made an absolute fool of myself.

If you could give Fox and Bjorn a theme song, what would it be?

We Are The Champions by Queen

You’re going to a trivia night and you have to choose a team of four. What three of your characters would you have join you?

Bjorn, because he’d make everyone stupid with his hotness. Fox, because she’d intimidate the competition. And Galen, Fox’s best friend, because he has no morals and he’ll make sure we’ll win. (Yes. He’ll cheat. What? I said what I said.)

I’m working on a book titled The Glass Queen, part of my Forest of Good and Evil series. It is a fairy tale retelling of Cinderella—in the series, fairy tales are prophecies of the future. The heroine, Princess Ashleigh, is destined to marry a handsome king…but he turns out to be the reincarnate of a ruthless king (with wings like Bjorn’s!), and he despises Ashleigh. Needless to say, I’m having fun tormenting—uh, telling their story. 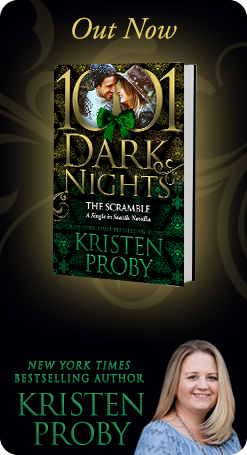