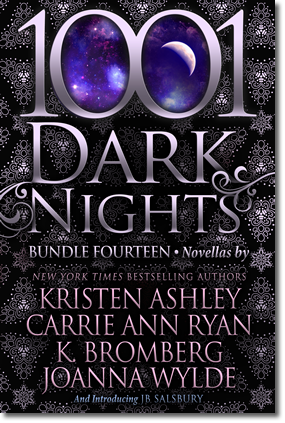 A prequel to Kristen’s Rock Chick series, Rock Chick Reawakening shares the tale of the devastating event that nearly broke Daisy, an event that set Marcus Sloan—one of Denver’s most respected businessmen and one of the Denver underground’s most feared crime bosses—into finally making his move to win the heart of the woman who stole his.

Holly Rose fell in love with a Montgomery, but left him when he couldn’t love her back. She might have been the one to break the ties and ensure her ex’s happy ending, but now Holly’s afraid she’s missed out on more than a chance at forever. Brody Deacon loves ink, women, fast cars, and living life like there’s no tomorrow. The thing is, he doesn’t know if he has a tomorrow at all. When he sees Holly, he’s not only intrigued, he also hears the warnings of danger in his head. She’s too sweet, too innocent. But when Holly asks him to help her grab the bull by the horns, he can’t help but go all in.

Ryder Rodgers had a plan. He was going to stride into the conference room and win the biggest contract of his career. But when he walked in and heard the voice of one of his competitors, all his plans were shot to hell. Harper Denton was always on top. In college. First in their class. Always using every advantage to edge him out to win the coveted positions. The only one who could beat him. His academic rival. More like a constant thorn in his side. The fact that she’s gorgeous and bright won’t distract him. This time, Ryder’s determined to be the one on top. But not if Harper can help it.

Looking back, none of this would’ve happened if I hadn’t dropped my phone in the toilet. I mean, I could’ve walked away from him if I’d had it with me. Or maybe not. Maybe it was all over the first time he saw me, and he would’ve found another way. Probably—if there’s one thing I’ve learned, it’s that Shade always gets what he wants, and apparently he wanted me. Right from the first.

FIGHTING FOR FLIGHT: by JB Salsbury

What happens when in order to win, you’re forced to lose? The only daughter of an infamous Las Vegas pimp, Raven Morretti grew up an outsider. Liberated from the neglectful home of her prostitute mother, she finds solace as a mechanic. With few friends, she’s content with the simple life. Flying under the radar is all she knows and more than she expects. Until she catches the eye of local celebrity, UFL playboy, Jonah Slade. Jonah trades in his bad-boy reputation and puts his heart on the line. But when her father contacts her, setting in motion the ugly truth of her destiny, Jonah must choose.