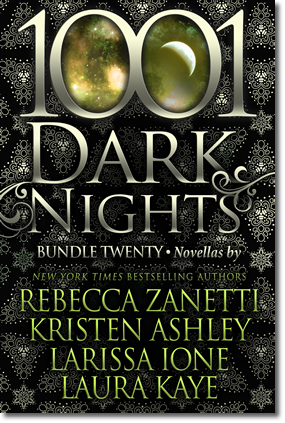 BLAZE ERUPTING: Scorpius Syndrome/A Brigade Novella by Rebecca Zanetti
Hugh Johnson is nobody’s hero, and the idea of being in the limelight makes him want to growl. He takes care of his brothers, does his job, and enjoys a mellow evening hanging with his hound dog and watching the sports channel. So when sweet and sexy Ellie Smithers from his college chemistry class asks him to save millions of people from a nuclear meltdown, he doggedly steps forward while telling himself that the world hasn’t changed and he can go back to his relaxing life. One look at Ellie and excitement doesn’t seem so bad.

ROUGH RIDE: A Chaos Novella by Kristen Ashley
Rosalie Holloway put it all on the line for the Chaos Motorcycle Club. Informing to Chaos on their rival club—her man’s club, Bounty—Rosalie knows the stakes. And she pays them when her man, who she was hoping to scare straight, finds out she’s betrayed him and he delivers her to his brothers to mete out their form of justice.
But really, Rosie has long been denying that, as she drifted away from her Bounty, she’s been falling in love with Everett “Snapper” Kavanagh, a Chaos brother. Snap is the biker-boy-next door with the snowy blue eyes, quiet confidence and sweet disposition who was supposed to keep her safe…and fell down on that job.

HAWKYN: A Demonica Novella by Larissa Ione
As a special class of earthbound guardian angel called Memitim, Hawkyn is charged with protecting those whose lives are woven into the fabric of the future. His success is legendary, so when he’s given a serial killer to watch over, he sees no reason for that to change. But Hawkyn’s own future is jeopardized after he breaks the rules and rescues a beautiful woman from the killer’s clutches, setting off an explosive, demonic game of cat and mouse that pits brother against brother and that won’t end until someone dies.

RIDE DIRTY: A Raven Riders Novella by Laura Kaye
Caine McKannon is all about rules. As the Raven Riders’ Sergeant-at-Arms, he prizes loyalty to his brothers and protection of his club. As a man, he takes pleasure wherever he can get it but allows no one close—because distance is the only way to ensure people can’t hurt you. And he’s had enough pain for a lifetime.
Kids and school are kindergarten teacher Emma Kerry’s whole life, so she’s stunned to realize she has an enemy—and even more surprised to find a protector in the intimidating man who saved her. Tall, dark, and tattooed, Caine is unlike any man Emma’s ever known, and she’s as uncertain of him as she is attracted.