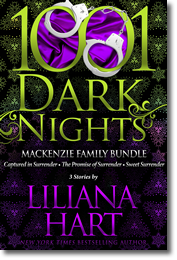 Bounty Hunter Naya Blade never thought she’d step foot in Surrender, Montana again. Especially since there was a warrant out for her arrest. But when her skip ends up in the normally peaceful town, she has no choice but to go after him to claim her reward. Even at the cost of running into the cop that makes her blood run hot and her sense of self-preservation run cold.

Deputy Lane Greyson wants to see Naya in handcuffs, but he’d much prefer them attached to his bed instead of in a cold jail cell. She drove him crazy once before and then drove right out of town, leaving havoc in her wake. He’s determined to help her hunt down the bad guy so he can claim his own bounty—her.

The Promise of Surrender

Mia Russo spent ten years working undercover, entrenched in the dregs of society before handing in her shield. Opening her own pawn shop is a piece of cake in comparison. All she needs is the bad attitude she developed on the streets and the shotgun under her counter to keep law and order. Until the day Zeke McBride walks into her shop.

Zeke knows Mia has every right not to trust him. He was the one who chose the next op instead of her. And all he can hope is that somewhere under the snarl and cynicism is a woman who can forgive. Because whether she trusts him or not, they’re going to have to work together to bring down the gang that’s decided Mia is their next target.

It’s been twelve years since Liza Carmichael stepped foot in Surrender, but after her great aunt’s death she has no choice but to return and settle her estate. Which includes the corner bakery that’s been a staple in Surrender for more than fifty years.

After twenty-five years on the job, Lieutenant Grant Boone finds himself at loose ends now that he’s retired. He’s gotten a number of job offers—one from MacKenzie Security—but he’s burned out and jaded, and the last thing he wants to do is carry the burden of another badge and weapon. He almost turns down the invitation from his good friend Cooper MacKenzie to stay as their guest for a few weeks while he’s deciding what to do with the rest of his life. But he packs his bag and heads to Surrender anyway.

The only thing Boone knows is that his future plans don’t include Liza Carmichael. She’s bossy, temperamental, and the confections she bakes are sweet enough to tempt a saint. Thank God he’s never pretended to be one. But after he gets one taste of Liza and things start heating up in the kitchen, he realizes how delicious new beginnings can be. 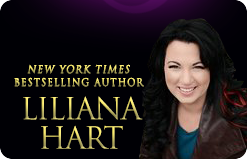