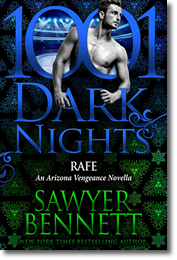 I was living my dream until one phone call changed everything.

As the second line center for the Arizona Vengeance, my mind has been on one thing—helping my team bring home a championship. But that all changed when I found out my dad had cancer and only months to live. In that moment, nothing mattered more than getting home to North Carolina to be by his side. That meant asking for the unthinkable—a trade to the Carolina Cold Fury.

Now I’m home and when I’m not on the ice with my new team, I’m helping care for my dad. And in the midst of my grief, I find comfort from the one person I never expected.

Callie Ramirez stole my heart at a very young age. The beautiful, smart, headstrong girl next door, she was my first… everything. She has never forgiven me for leaving her, believing that I chose hockey over a future together. What she doesn’t understand is that every decision I made was for her, and I’ve never given up hope that one day we’d be together again.

Watching my dad slip away is a harsh reminder of how short life can be, and having Callie by my side makes me realize I was a damn fool before. That changes starting right now. Callie Ramirez is mine and I’m not going to waste the second chance that I’ve been given.

An Exclusive Interview With Sawyer Bennett:

Oh, how I loved Calliope and Rafe! How did you choose them for this novella?

Rafe was originally just going to be a character that had a small mention in the Arizona Vengeance stories. He was the means for a trade with the Cold Fury and nothing more. But his personal backstory as to why he needed trade was so touching, I knew we needed his entire story. On top of that, I used a lot of my recent experiences with my dad dying in this story so that made it extra special.

I also adore both of their names. How do you come up with your character names?

There’s not an overly exciting story about Rafe’s name. I keep a spreadsheet of names I like and I just grabbed his. But there is a story about Calliope. My assistant and I binged Grey’s Anatomy last year and I often will pull some of their names into my stories. Calliope was named after one of the doctors, and Ramirez is actually the actress’s real last name.

In your past work-life you were a trial lawyer, which is so fascinating! What made you want to switch things up and start writing romance?

Honestly, I was burned out. I had been working in the law for a total 29 years (since I was fifteen) at the time I decided to step away. I worked my way up the ranks, went to law school, then practiced litigation for sixteen years which is incredibly stressful. It was time for a change. The writing romance was purely just a lark. I kept thinking to myself I could write a book and romance was what I read the most of. So I took a shot at it, and well… here I am.

What do you have in your purse you think no one else does?

A toothbrush and toothpaste.

I’m actually working two projects right now. I’m about ¾ of the way through Kane, which is an Arizona Vengeance novel. And then I’m working on a super secret, epic new series for 2021.

Since the release of her debut contemporary romance novel, Off Sides, in January 2013, Sawyer Bennett has released multiple books, many of which have appeared on the New York Times, USA Today and Wall Street Journal bestseller lists.

Sawyer likes her Bloody Marys strong, her martinis dirty, and her heroes a combination of the two. When not bringing fictional romance to life, Sawyer is a chauffeur, stylist, chef, maid, and personal assistant to a very active daughter, as well as full-time servant to her adorably naughty dogs. She believes in the good of others, and that a bad day can be cured with a great work-out, cake, or even better, both.