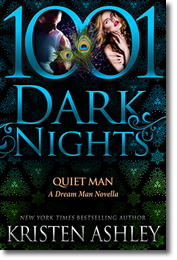 Charlotte “Lottie” McAlister is in the zone. She’s ready to take on the next chapter of her life, and since she doesn’t have a man, she’ll do what she’s done all along. She’ll take care of business on her own. Even if that business means starting a family.

The problem is, Lottie has a stalker. The really bad kind. The kind that means she needs a bodyguard.

Mo doesn’t say much, and Lottie’s used to getting attention. And she wants Mo’s attention. Badly.

But Mo has a strict rule. If he’s guarding your body, that’s all he’s doing with it.

However, the longer Mo has to keep Lottie safe, the faster he falls for the beautiful blonde who has it so together, she might even be able to tackle the demons he’s got in his head that just won’t die.

But in the end, Lottie and Mo don’t only have to find some way to keep hands off until the threat is over, they have to negotiate the overprotective Hot Bunch, Lottie’s crazy stepdad, Tex, Mo’s crew of frat-boy commandos, not to mention his nutty sisters.

All before Lottie finally gets her Dream Man.

And Mo can lay claim to his Dream Girl.

Oh, how I ADORED Mo and Lottie! How did you choose them for this novella?

I always had Lottie in the back of my mind as someone who needed an HEA. I just dug her so much, with all the Nightingale Men (from the Rock Chick books) claimed, I didn’t know who would be good enough for her.

But I get a ton of requests to create a series for Hawk’s men (from Mystery Man). And every time I got one, I thought, “That’s an EXCELLENT idea!”

And what could be better for a writer than to be able to go back to TWO of her beloved series and do a mashup!?!

So, in the end, it felt like Lottie and Mo were meant to be, they were just waiting for me to have that lightbulb moment!

I lalalove how no-nonsense Lottie is, well, all of your heroines really. Who are some of your biggest women role models?

Most women in my life I’d consider role models from my mom, grandmother, aunts, sisters, nieces, to my friends. All of them have their ways to be supportive or strong, loving or thoughtful. Or versions of all of those. We sisters can really gather a massive amount of strength from each other if we just pay attention and look around.

But I really had fun being in Lottie’s skin. She’s so sure of herself. She knows herself so well. She is who she is, and she owns all of it. She was actually an inspiration to me while I was writing. I preach Lottie’s take on life, then get stuck in a lot of worrying what people will think of me. Well, I’m pretty fabulous (like Lottie is) so, like Lottie does, I should just own it and stop worrying so danged much!

If you could give Mo and Lottie a theme song, what would it be?

It’s mentioned in the book – though Tex was the one who suggested it. So, I’ll let readers discover it as they read! I will say, I cried my eyes out not only when Tex mentioned it, but when Mo commandeered it!

Lottie and Mo inspired a spin-off series, my Dream Series that I’ll be releasing with the Forever line at Grand Central Publishing next May.

This means I’m currently finishing up Dream Maker, the first in that series, featuring Mag and Evie.

It’ll be four books, all Mo’s buds, all Lottie’s fixups with women who work at Smithie’s. Evie is a nerd, computer tech by day, stripper by night. She’s also got some trouble with a family who is not at one with her being a genius (literally) and finding a good life for herself.

It’s good Lottie intervened! And as usual with my dudes, Mag doesn’t hesitate to dive right in!

But folks can read all about Mag and Mo’s other buds in Quiet Man!