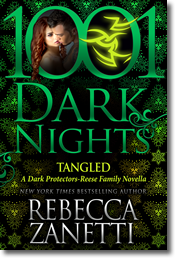 Now that her mask has finally slipped…

Ginny O’Toole has spent a lifetime repaying her family’s debt, and she’s finally at the end of her servitude with one last job. Of course, it couldn’t be easy. After stealing the computer files that will free her once and for all, she finds herself on the run from a pissed off vampire who has never fallen for her helpless act. A deadly predator too sexy for his own good. If he doesn’t knock it off, he’s going to see just how powerful she can really be.

He won’t be satisfied until she’s completely bare.

Theo Reese had been more than irritated at the beautiful yet helpless witch he’d known a century ago, thinking she was just useless fluff who enjoyed messing with men’s heads. The second he discovers she’s a ruthless thief determined to bring down his family, his blood burns and his interest peaks, sending his true nature into hunting mode. When he finds her, and he will, she’ll understand the real meaning of helpless.

I loved this novella and Ginny and Theo so much! How did you choose them for this story?

In the second book, Ginny held herself very differently and is now a very strong gal. Did you know when you wrote her that she would evolve so awesomely?

In TEASED, Ginny was just mentioned as a woman who’d broken Theo’s brother’s heart. Then she shows up in TRICKED, and she’s all delicate and feminine and a little helpless…except Theo is the only one to see that she’s not quite that way. Then she shows her true colors (she’s a badass thief who can fight), and the hunt is on in TANGLED.

I know you write in many different genres but is there a genre you haven’t written in yet and would like to try?

I think a women’s fiction – part romantic comedy and part suspense – would be a lot of fun to write.

If you were a crayon, what color would you be and what would the name be?

I’m editing TWISTED TRUTHS, which is the third book in the Blood Brother series, and then I’m starting a new Dark Protector book that I haven’t named yet. And I’m also working on STORM GATHERING, which is the fourth book in the Scorpius Syndrome series, and it will release on September 19th.