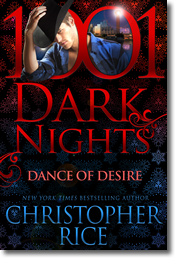 When Amber Watson walks in on her husband in the throes of extramarital passion with one of his employees, her comfortable, passion-free life is shattered in an instant. Worse, the fate of the successful country music bar that bears her family’s name suddenly hangs in the balance. Her soon to be ex-husband is one of the bar’s official owners; his mistress, one of its employees. Will her divorce destroy her late father’s legacy?

Not if Amber’s adopted brother Caleb has anything to do with it. The wandering cowboy has picked the perfect time for a homecoming. Better yet, he’s determined to use his brains and his fists to put Amber’s ex in his place and keep the family business intact. But Caleb’s long absence has done nothing to dim the forbidden desire between him and the woman the State of Texas considers to be his sister.

Years ago, when they were just teenagers, Caleb and Amber shared a passionate first kiss beside a moonlit lake. But that same night, tragedy claimed the life of Caleb’s parents and the handsome young man went from being a family friend to Amber’s adopted brother. Has enough time passed for the two of them to throw off the roles Amber’s father picked for them all those years ago? Will their desire for each other save the family business or put it in greater danger?

DANCE OF DESIRE is the first contemporary romance from award-winning, New York Times bestselling author Christopher Rice, told with the author’s trademark humor and heart. It also introduces readers to a quirky and beautiful town in the Texas Hill Country called Chapel Springs.

I loved Caleb and Amber’s story. Their past was so touching and their future is so bright. How did you choose them for this novella?

The idea for ‘Dance of Desire’ actually came to me as I was leaving the RT Booklover’s Conference in Dallas last year. During the conference, Lexi Blake and Shayla Black hosted a wild party bus to the Ft. Worth Stockyards. It was my first trip to an honest-to-God country music bar since I was a little kid. (My father’s side of the family is from Dallas, and he and my mother first met after her family moved to Dallas when she was a teenager. We spent most of our summers in Tool, Texas, next to Cedar Creek Lake.) Place always inspires me more than anything else, but it often combines with some problem being faced by someone I care about and ends up giving me a new idea for a story. Some friends of mine were going through some pretty awful divorces at the time and I had a desire to write them a happily ever after. So I basically outlined the entire novella sitting at Love Field waiting for my flight back to L.A. As for Caleb and Amber, I wanted to write something that contained the forbidden, conflicted feelings of a stepbrother romance while being a little bit different. A lot of stepbrother romances are about conquering bad boys, which can be hot and fun, but Caleb is more of a pure-hearted cowboy whose desperate to do right by people, so I made him Amber’s adopted, foster-brother and I had the love between them blossom before the event that brings him into their family.

Speaking of choosing…you had a photo shoot for a real life version of Caleb. How did you come up with the idea for that? And how did you choose the model?

I did. It was a lot of fun. We did a casting call here in L.A.. I think I saw about ten models in one day, all of whom were charming and great. But I had some cowboy romance friends on hand to pass the final verdict on who we should cast. Ultimately, the title went to the very handsome and charming Jamison Murphy, whose scheduled to appear with me at some events at the RT Booklovers Conference in Vegas in a few months. He’s also taller than I am, and I’m 6’3”. Jamison is based in Minneapolis. He flew into Los Angeles for the shoot and was a great sport.

I know I’ve asked this before, but how are you enjoying the transition from the thriller genre into the romance genre? Any new experiences you can share?

Writing happy endings makes you more vulnerable. It’s easy, for me, at least, to dwell on the side of darkness, to believe that nothing will work out and to plan accordingly. It’s a belief that makes you feel safe, even as it keeps your life small. Opening your heart, even if it’s just through your writing, is incredibly scary, but it’s so rewarding and I’m so glad I’ve done it.

What one piece of advice would you give an aspiring romance author?

Romance is such a big and varied field. Find the subgenre, the corner, the lane that you enjoy being in the most and just read voraciously in it. Find the books you love and consume them one after the other. The best piece of writing advice I ever got was “Write the book you want to read.” And to that end, the best research you can do is to read the book you want to read. A whole lot. Over and over again. One of the best things to happen to me since I entered the romance field was finally reading Nora Roberts. For years I’d heard her dismissed by so-called New York literary types, all of whom regarded the speed at which she wrote as some cause for suspicion. But her stuff is great. I fall in love with her characters almost instantly and she writes some of the best dialogue in any genre fiction anywhere. Another piece of advice. Take advantage of the generosity of other romance authors when it comes to their knowledge base. So many of them are sharing what they know about the business online. Consume their blogs and the advice they share on social media. Don’t expect them to make your book work or sell for you, but use what they’re sharing of their own accord to position yourself in the best way. Oh, woops. You said one piece of advice. Sorry!

I wish I could. It’s a Top Secret Project with a Top Secret Collaborator, and I think people will be very excited when we finally, formally announce it. Stay tuned! Also, I’ll be authoring an episode in the new season of Rising Storm, and collaborating with Lara Adrian on a short piece for an upcoming anthology from International Thriller Writers, which will combine characters from my Desire Exchange series with her Midnight Breed series. And later this year the Internet radio show I co-host and produce with my best friend, New York Times bestselling novelist Eric Shaw Quinn, will be headed to video. So make sure you’re subscribed to The Dinner Party Show’s You Tube channel or check out our site at www.thedinnerpartyshow.com

Ok, so for 2016 I am going to be playing Mad Libs with the 1,001 Dark Nights authors for a bit of fun! Here is Christopher Rice’s Mad Libs titled “My Most Embarrassing Moment”:

My most embarrassing moment happened when I got to go to Easter Island. The bus was very smooth, so I stood up and held onto a dust mop. At the next stop, I saw a revolver get up, and I ran over to grab his wine, but I accidentally jabbed my chin into his scapula and broke his earlobe. And then as I was apologizing, the bus came to a crazy stop, which caused me to drop my dust and fall on top of a funky lady who was carrying a carpet on her lap. Believe me, my candle was red that day! 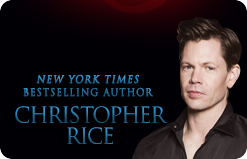