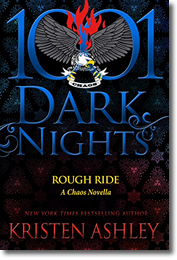 Rosalie Holloway put it all on the line for the Chaos Motorcycle Club.

Informing to Chaos on their rival club—her man’s club, Bounty—Rosalie knows the stakes. And she pays them when her man, who she was hoping to scare straight, finds out she’s betrayed him and he delivers her to his brothers to mete out their form of justice.

But really, Rosie has long been denying that, as she drifted away from her Bounty, she’s been falling in love with Everett “Snapper” Kavanagh, a Chaos brother. Snap is the biker-boy-next door with the snowy blue eyes, quiet confidence and sweet disposition who was supposed to keep her safe…and fell down on that job.

For Snapper, it’s always been Rosalie, from the first time he saw her at the Chaos Compound. He’s just been waiting for a clear shot. But he didn’t want to get it after his Rosie was left bleeding, beat down and broken by Bounty on a cement warehouse floor.

With Rosalie a casualty of an ongoing war, Snapper has to guide her to trust him, take a shot with him, build a them…

And fold his woman firmly in the family that is Chaos.

OMG I loved this novella so much.  Snapper and Rosalie were just spectacular together!  How did you choose them for this novella?

When things did not go well for Rosalie in Own the Wind, my heart went out to her. She was a sweet girl, she was heartbroken and I hated to see her that way. I couldn’t get her out of my mind and thus knew something would be brewing for her eventually.

Enter Snapper, who intrigued me from the beginning. As I told Joker and Carrie’s story in Ride Steady, things started fermenting, but especially in Millie and High’s story, Walk through Fire, it hit me like a shot. Those two were perfect together.

The thing is, they were so perfect together, for the life of me, I didn’t see them getting a full book. There was a story there, absolutely. But it couldn’t fill one of my books which run rather long. So my choices were, get them together in the background of someone else’s book, which I didn’t like for them, not give them a story at all, which was an idea I loathed, or give them a novella.

Thank God for 1,001 Dark Nights! Now they have readers all to themselves and get to share their love story.

If you could dream cast these two, who would you choose?

As cliché as it is, considering it’s a biker romance, I totally see Charlie Hunnam as Snapper. I don’t tend to cast my characters but that definitely stands out for me. Rosalie, there is no one I can think of!

Your writing has been called “cracktastic”.  What’s the first book you remember not being able to put down?

Oh my. What a great question! I read so much as a kid. I’m trying to remember and the thing that springs right to mind is Judy Blume’s, “Are You There, God? It’s me, Margaret.” It was (at the time, in my small town in Indiana), a scandalous read, which made it all the better. But I just remember it being a really good book that captivated me. Looking back, it was perfect for the time I read it at the age I read it.

How do you come up with your biker names?  Are there any real life inspirations behind them?

It depends on the biker. Sometimes they tell me their name, like Tack. I had no idea why he was called that, until he told me. Snapper also just came to me as Snapper. And honestly, I still don’t know why the boys gave him that name! Then there are those that are obvious, considering how Chaos goes about things, like Shy and Hound and Joker. Outside the club, for instance, for the bikers in Bounty, I had to do some research, looking up names on the Internet.

Although I know a few hardcore bikers in real life, I wouldn’t use their names (unless they gave me permission). Those names are super personal. But I love how Jo Wylde does it in her MC romances. She’s an insanely thorough researcher, I admire that. If readers don’t know how she does it (or haven’t read her MC series), I encourage them to find out!

You have killer taste in music.  If you could pick a theme song for yourself, what would it be?

I love music and connect with it so much, I could probably write a book about this. HA!

My theme song is actually rather personal, and private, so I’d not like to share that. But one I will share was actually given to me by a friend. “Unwritten,” sung by Natasha Bedingfield.

I hope I never live a life where the words to this song don’t speak to me in a visceral way.

“I break tradition, sometimes my tries, are outside the lines. We’ve been conditioned to not make mistakes, but I can’t live that way. Staring at the blank page before me, open up the dirty window, let the sun illuminate the words that you cannot find. Reaching for something in the distance. So close you can almost taste it… No one else can feel it for you…no one else can speak the words on your lips. Drench yourself in words unspoken, live your life with arms wide open. Today is where you book begins. The rest is still unwritten.”

I’m actually not writing now. Fortunately, I have a number of works under my belt so I’ve made it my mission to get organized and take care of some things that have needed to be dealt with for ages. I’m almost there, it’s a lot of work but it’s so freeing!

Hopefully when I sort all this out I can wallow in writing for a good long time. Up first is rounding out the anthology, Loose Ends, I’ll be putting out later this year. I already have a short story and novella set to go for that one. Just need another novella and some shorts and I’m good to go! 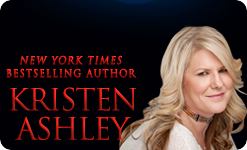