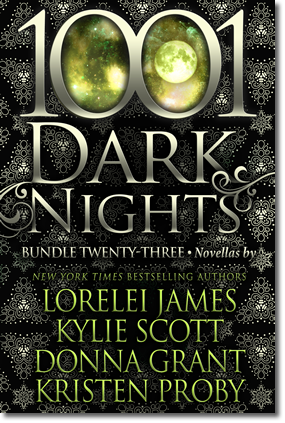 WOUND TIGHT: A Rough Riders/Blacktop Cowboys® Crossover by Lorelei James
Bull rider Justin Donohue spent his youth hell-bent on winning world championships. After hitting the big 4-0, Justin takes a job at the Grade A Ranch and Rodeo School, where he immediately locks horns (and lips) with the sexy, sassy Callie—a 22-year-old cowgirl set on seducing him.
From the moment Callie Morgan encounters the hot-as-fire new ranch hand, she knows his gruff manner is an attempt to mask his attraction to her. But she’s never backed down from a challenge, especially not when Justin’s actions speak louder than his denials.

STRONG: A Stage Dive Novella by Kylie Scott
As head of security to Stage Dive, one of the biggest rock bands in the world, Sam Knowles has plenty of experience dealing with trouble. But spoilt brat Martha Nicholson just might be the worst thing he’s ever encountered. The beautiful troublemaker claims to have reformed, but Sam knows better than to think with what’s in his pants. Unfortunately, it’s not so easy to make his heart fall into line.

DRAGON NIGHT: A Dark Kings Novella by Donna Grant
There has never been a hunt that Dorian has lost. With his sights set on a relic the Dragon Kings need to battle an ancient foe, he won’t let anything stand in his way – especially not the beautiful owner. Alexandra Sheridan is smart and cautious. Yet the attraction between them is impossible to deny – or ignore. But is it a road Dorian dares to travel down again?

TEMPTING BROOKE: A Big Sky Novella by Kristen Proby
Brooke’s Blooms has taken Cunningham Falls by surprise. This store is Brooke Henderson’s deepest joy, and it means everything to her, which shows in how completely she and her little shop have been embraced by the small community of Cunningham Falls.
So, when her landlord dies and Brody Chabot saunters through her door, announcing that the building has been sold, and will soon be demolished, Brooke knows that she’s in for the fight of her life. But she hasn’t gotten this far by sitting back and quietly doing what she’s told. Brooke has no intention of losing this fight, no matter how tempting Brody’s smile — and body — is.