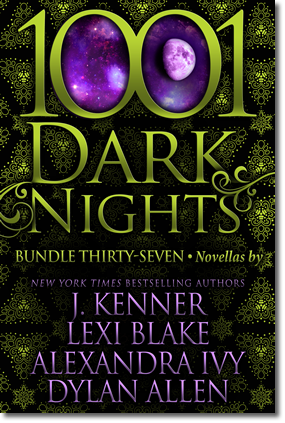 Memories of You by J. Kenner
Hollywood consultant Renly Cooper is fed up with relationships. His recent breakup with a leading lady played out across the tabloids, and the former Navy Seal is more than ready to focus on his new position as an agent at the elite Stark Security agency. He’s expecting international stakes. Instead, his first assignment is to protect one of Damien Stark’s friends from a stalker. A woman who, to his delight, turns out to be one of his closest childhood friends.

Treasured by Lexi Blake
David Hawthorne has a great life. His job as a professor at a prestigious Dallas college is everything he hoped for. Now that his brother is back from the Navy, life seems to be settling down. All he needs to do is finish the book he’s working on and his tenure will be assured. When he gets invited to interview a reclusive expert, he knows he’s gotten lucky. But being the stepson of Sean Taggart comes with its drawbacks, including an overprotective mom who sends a security detail to keep him safe. He doesn’t need a bodyguard, but when Tessa Santiago shows up on his doorstep, the idea of her giving him close cover doesn’t seem so bad.

Slayed by Darkness by Alexandra Ivy
Only an idiot would try to kidnap Jayla. She’s a take-no-prisoner kind of vampire who rebelled against the previous King of Vampires, and now regularly battles with both human and demon enemies who resent the success of Dreamscape casino she manages in Hong Kong. So when she’s snatched off the streets, she doesn’t bother to struggle. Instead she starts plotting her slow, bloody revenge. The last creature she expects when she arrives at her destination is Azrael, the mysterious mercenary vampire she killed a century ago.

The Daredevil by Dylan Allen
“I dare you to let me watch…”
It was the wickedest of propositions, made by the most devilish of men. It doesn’t matter that Tyson Wilde has got a killer smile, wears a suit like it’s his job, and oozes spine-tingling sex appeal. I should say no. Because beneath the surface of that cool, disinterested exterior, lies passion hot enough to burn. I danced too close to it once and have the scars to prove it.
So, on any other night, in any other city, and if he’d been even a fractionless mouthwatering, I would have been able to resist.
But it’s my birthday, we’re in Paris, and it’s him.