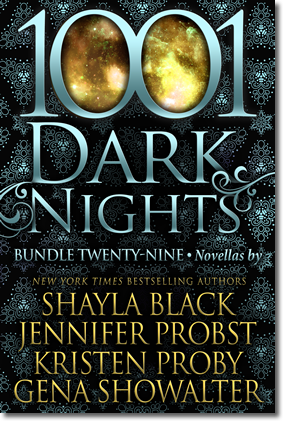 More Than Pleasure You by Shayla Black

I’m Stephen Lund, confirmed bachelor…and son of a successful billionaire whose sins I can’t forget—or forgive. Though he insisted I get over his transgressions, I can’t. So I put space between us with a temporary getaway to Maui. My rental’s sexy caretaker, Skye Ingram, is a beautiful distraction.

When Skye needs a date to her ex-boyfriend’s wedding, I’m game to play her pretend fiancé. But our pretend engagement begins to feel real. Our passion certainly is. So are the consequences. When I’m confronted with the reality that our lives are now irrevocably entwined, I have to choose between leaving Skye to return to the life I’ve always known or abandoning everything familiar to start over with the woman who awakened my heart.

Jonathan Lake is the beloved NYC mayor who’s making a run for governor. His widowed status and close relationship with his daughter casts him as the darling of the press, and the candidate to beat, but behind the flash of the cameras, things are spinning out of control. It all has to do with his strait laced, ruthlessly organized assistant, Alyssa Block. Her skills and reserved demeanor are perfect to run his campaign, but her brilliant brain has become a temptation he’s been fighting for too long. Can he convince her to take a chance on a long-term campaign for love or will his efforts end up in scandal?

Wonder With Me by Kristen Proby

Reed Taylor doesn’t pay much attention to the holidays—until he receives a surprise present. Four-year-old Piper is the daughter he never knew about, and with the death of her mother, is also now the roommate he never expected. He’s determined to make their first Christmas together one she’ll never forget.

Noel Thompson has gotten her share of strange requests in her career as an interior designer. The call to design a beautiful home for Christmas is more like a dream come true. And that was before she met her new employer—sexy and mysterious, he’s everything she ever hoped Santa would bring her.

The Darkest Assassin by Gena Showalter

Fox is a demon-possessed immortal with many talents. Now, the keeper of Distrust has been marked for death, a winged assassin with rainbow-colored eyes tracking her every move, determined to avenge the males she accidentally decimated. If only she could control the desire to rip off his clothes…

Bjorn is a fierce warrior with many complications. Never has he hesitated to exterminate an evil being. Until now. The sharp-tongued female with a shockingly vulnerable heart tempts him in ways no one else ever has, threatening his iron control.

But, as Fate itself seems to conspire against the unlikely pair, both old and new enemies emerge. And Fox and Bjorn must fight to survive.

And learn to love…