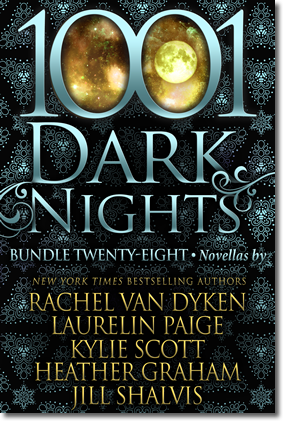 I, Ty Cuban, was taken down by two psychotic women in front of the entire world. Lucky for us the audience thought it was part of the breakup song my band and I had just finished performing. I was thirty-three, hardly ready to settle down.

Except now it’s getting forced on me. Seaside, Oregon.

I’m teaching freaking guitar lessons at the local studio for the next two months. Part of my punishment, do something for the community while I think deep thoughts about all my life choices.

It doesn’t help that the other volunteer is a past flame that literally looks at me as if I’ve sold my soul to the devil. She has the voice of an angel and looks to kill—I would know, because she looks ready to kill me every second of every day.

The Open Door by Laurelin Paige

I knew JC was trouble the minute I laid eyes on him.

Of course I married him. Now years have passed. Kids have been born. We’re still in love as always, and the sex is still fantastic…

And yet, it’s also not. Like many who’ve been married for a while, I long for the high intensity of those days of the past.

I’ve heard rumors for years about the Open Door. An ultra-exclusive voyeur’s paradise. A place to participate in—or watch—any kind of display you can imagine.

So when an invitation to come play arrives, how could we turn it down?

When a stalker gets too close to plus-size model Mae Cooper, it’s time to hire some muscle.

There’s no reason some Instagram stylista should throw him off his game. Even if she does have the most dangerous curves he’s ever seen…

Any member of the Krewe of Hunters is accustomed to the strange. And to conversing now and then with the dead.

For Andre Rousseau and Cheyenne Donegal, an encounter with the deceased in a cemetery is certainly nothing new.

But this year, Halloween is taking them across the pond—unofficially.

Their experiences in life haven’t prepared them for what’s to come.

As All Hallows Eve looms, they’ll be in a race against time, seeking the truth before the infamous vampire has a chance to strike again.

Twist of Fate by Jill Shalvis

Daisy doesn’t believe love is ever-lasting, so it’s ironic as hell that she parlayed a business degree into a wedding planning business. More ironic still is her latest job bringing her back into contact with the man who’d taught her that love can’t last.

To say Diego has been taught the hard way to bury emotions is an understatement. But when he’s called home to help the brother he hasn’t seen or spoken to in years, that’s one thing. It’s another entirely to also come face to face with the first woman he ever loved. First and only…