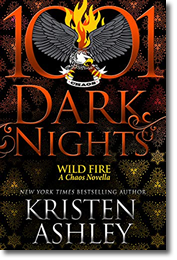 “You know you can’t keep a good brother down.”

The Chaos Motorcycle Club has won its war. But not every brother rode into the sunset with his woman on the back of his bike.

Chaos returns with the story of Dutch Black, a man whose father was the moral compass of the Club, until he was murdered. And the man who raised Dutch protected the Club at all costs. That combination is the man Dutch is intent on becoming.

It’s also the man that Dutch is going to go all out to give to his woman.

OMG I loved Dutch and Georgiana so flipping much.  How did it feel giving Dutch his HEA?

Girl, these Black Brothers! Holy crap! I mean, I kind of knew that this was going to be emotional. Graham Black (their father) has cast a significant shadow over all of Chaos since the very beginning. And then, of course, there’s Hound, who, when he let me in, had such a surprisingly immense heart. I should have known, born of Black, raised by Hound, when those boys set out to find the men they were, they were going to do me in.

But they did me in! Un…DONE!

So, uh, suffice it to say, finding Georgie for Dutch and settling him in to that kind of happy with a woman who really is so very perfect for him was hugely fulfilling.

I know fans are going to adore Dutch’s story as much as I did and I can imagine they’ve been looking forward to his story.  Was it emotional revisiting the Black boys?

I always get emotional writing my books. However, I will admit there are some that tug at me harder than others. But I think I have this kind of maternal feeling for these guys. Like they’re a product of Keely and Black and me.

They are, of course, but this isn’t how I roll. My characters are very real in my head. They are their own entities. Somehow, though, Dutch (and his brother Jagger) are my boys. I had an exceptionally deep emotional stake in them finding their happiness.

And they have a lot to live up to, starting with Dutch. It hurt to know how deeply he understood that and how lost he was because of it. It hurt that he didn’t know his path. I ached for him in that.

It was such a pleasure to watch him discover it.

What song would you give Dutch and Georgie as their theme song?

Black Brothers’ Theme Song: “Murder in the City” (Avett Brothers) (Try to listen to that song after reading their books and not lose your shizzle.)

If you could have dinner with one of your characters tonight.  Who would it be and why?

I could do a hog roast with the entire Chaos MC in a snap.

How about shoe shopping?

I just finished Jagger’s (Dutch’s brother) story, Wild Wind (coming out next March with 1,001 Dark Nights) which means I’m deep in the throes of feeling these boys.

I also just yesterday finished the proof of Still Standing, which will be the first in the Wild West MC series, the official start to me proclaiming my utter fail at saying goodbye to Chaos. The series will feature stories in two MCs we know from the KA world: Chaos and Resurrection, and introduce a new one: Aces High. The first story will be Buck and Clara’s tale, from Aces High.

I’m super excited to get into it because it’s going to cross over Denver and Phoenix so we see folks from my Rock Chick, Dream Man, Dream Team and Unfinished Heroes series, as well as folks from my Honey and River Rain series, not to mention Creed and Sylvie. So…yeah, I get to not say goodbye to a lot of my characters.

I’m really super good at that! 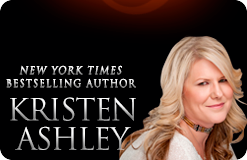