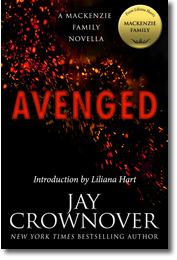 On the worst night of her life when she’s decided to take a drastic step that there is no going back from.

Girl is used to sitting by, letting fate deal cruel hand after cruel hand to good people with soft hearts and she’s had enough.

Girl thinks it’s time to fight back against fate and against men who aren’t careful with all the precious things a woman in love has to give him.

Fate shows girl who’s boss and turns her world and plans upside down without breaking a sweat.

On the best night of his life when he’s decided that he’s going to make moves to be the man he was always meant to be instead of the man he was trained and conditioned to be.

Boy is used to a solitary life, quiet in the woods and knowing the only thing that might be looking for him is trouble and trouble is no longer his stock in trade.

Boy thinks it’s time to show trouble who’s boss, even if this trouble has big blue eyes and a body made to make men stupid. Trouble only gets the upper hand if the boy falls prey to its temptation.

Trouble is fun and fate has a wicked sense of humor when it comes to this boy meeting this girl.

An Exclusive Interview With Jay Crownover:

Well they kind of decided it was time for them to have a story without me. I was planning on doing a stand-alone not ties to any of my previous books, didn’t work out that way. I had these characters that were dying to be together in a crossover but I needed a setting outside of my existing worlds. Surrender Montana was the perfect solution. It took both characters out of where they originated and gave them a blank slate to be together. My characters are often smarter than I am.

I mean, yes in the sense that you want to get it right and stay true to their vision. You don’t go to someone else’s house and rearrange the furniture after all. But no in the sense that you don’t have to build a world or create a infrastructure for your characters to exist because Liliana already did the heavy lifting.

I bet you think I’d be something colorful and bright because of my hair and my tattoos, but really, I think I would be gray. Probably a dark gray. I’m really good at seeing both sides of any situation and I don’t think solidly in terms of things being all this way or all that way. Plus, gray is moody and stormy, I can be both.

Taboo with Tom Hardy. It started so slow but halfway through it was epic. He’s so hot.

I’m actually working on Dignity, which is the next Point book and it takes place right after Avenged. That should be out in Oct 😊

Jay Crownover is the New York Times and USA Today bestselling author of the Marked Men and Welcome to the Point series. Like her characters, she is a big fan of tattoos. She loves music and wishes she could be a rock star, but since she has no aptitude for singing or instrument playing, she’ll settle for writing stories with interesting characters that make the reader feel something. She lives in Colorado with her three dogs.